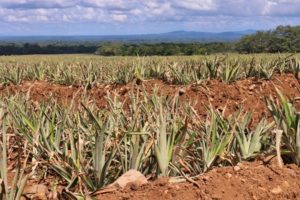 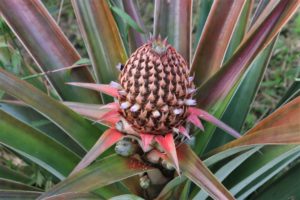 Costa Rica is now the world’s leading exporter of pineapples. For decades, the water sources for communities located in the Caribbean region of Costa Rica have been contaminated by nearby pineapple plantations. These communities have been struggling to obtain clean water and to encourage alternative agricultural models to the monoculture of the pineapple plantations, a process that utilizes large amounts of herbicides and pesticides. 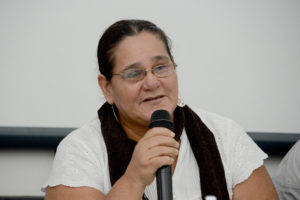 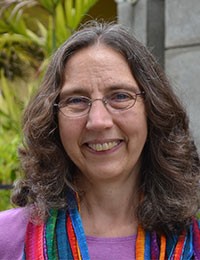 Erlinda Quesada has been an activist since her early twenties. She first became involved in the social ministry of the Roman Catholic parish in Guácima, Costa Rica. Later she served as coordinator of women’s ministries for the Limon Diocese. For two years she coordinated a women’s training program for Catholic Relief Services. In 2000, she and other activists became alarmed by the negative impacts of the expanding pineapple plantations in the Caribbean region of Costa Rica. In 2004, she helped to found the National Front of Sectors Impacted by Pineapple Production (FRENASAPP). She is the coordinator and community promoter for FRENASAPP in the Carribbean region of Costa Rica. She served for ten years on the city council for the municipality of Guacima. Currently she serves as president of the Environmental Council for the Tortuguero Conservation Area. – (Pictured left).

Dr. Karla Koll, a Presbyterian Church (USA) mission co-worker, serves as Professor of History, Mission and Religion at the Latin American Biblical University (UBL) in San José, Costa Rica. For over three decades, she has been active in causes promoting peace with social justice in Central America. At the UBL she works with community and church leaders in residential and distance programs to train them to be agents of transformation in their communities and countries in response to the urgent challenges facing the peoples of Latin America. She also is director of Cross Roads, a program that teaches and inspires visitors from the United States about social justice issues in the region. She travels with Erlinda Quesada as her translator, but also as an advocate for social justice causes. – (Pictured right).

Photos from the event are posted here!

Co-sponsored by the TCNJ School of Humanities and Social Sciences, School of Science, Dept. of Biology, Dept. of Sociology & Anthropology, and Dept. of Philosophy, Religion & Classical Studies. This lecture is made possible through arrangements with the Presbyterian Church (USA).